What is hearing loss?

To put it simply, it means the difficulty in hearing sounds, but there are various sounds.

Such sounds include voices of people or sounds of nature such as chirping of mountain birds and sounds of flowing water, TV sounds, radio sounds, loudspeakers, noise from machinery, and annoying roars and crashes. They are all sounds in collective terms, but each person has a different range of sounds, which leads to cases wherein a person can hear TV sounds well but has difficulty with voices or vice versa, or someone can hear the high-pitched voice of a woman well enough but has a hard time hearing the low-pitched voice of a man.

All sounds go through the cochlear canal with 134 antennas, and the range of sounds that can be captured by the canal is expressed as frequency (Hz). The 134 antennas of a human ear can hear sounds from 254Hz to 11,840Hz.

The ranges of each antenna are not clearly divided, but the 1st to 49th antennas more or less are responsible for human voices.

The 50th ~ 97th antennas get sounds from devices such as TV, radio, and mobile phone.

Other antennas can listen to painful and piercing sounds such as screeching noise from the blackboard.

Hearing loss occurs from the high-numbered antenna (those hearing high Hz) and spreads to the low-numbered ones.

If the 97th antenna is out of order or it has difficulty, the 96th one to its left and the 98th to its right come to its aid. This is the “adjacent border” where adjacent antennas are helping each other.

Over time, however, the 98th and 96th antennas also have difficulty, so the 99th and 95th antennas provide help; this in turn leads to the difficulty of the latter group, ultimately causing further worsening of hearing.

One of the old Korean sayings is that we all become deaf over time, and it seems that our ancestors were quite scientific with bare knowledge of science.

Such wisdom astounds us.

We know that we hear sounds with our ears, but to be more exact, they do not hear the sounds themselves; rather, they serve as the channel of listening to sounds.

The cochlear canal, the organ that recognizes sound waves, delivers the signal to the auditory nerves so that the auditory center of our brain can “hear” the sound. 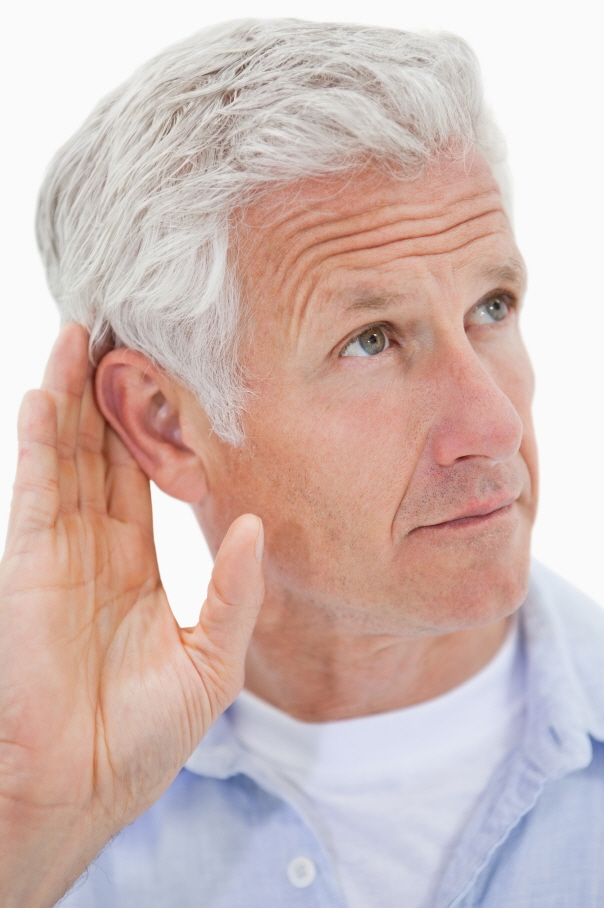 Deafness or hearing loss means malfunctioning of these organs, which detect and deliver the sound waves. There are three kinds of hearing loss.

1. What is conductive hearing loss?

This is mainly caused by a disease of the outer ear and the middle ear.

In other words, those who suffer from tympanitis (middle otitis) are likely to have conductive hearing loss.

They have a problem with amplifying the sound signals delivered through the eardrum.

Human voices are in the low sound range from 254Hz to 1,017Hz, and those suffering from conductive hearing loss have their antennas for this range out of order and have difficulty understanding what other people say.

Especially, low-pitched male voices give them a hard time.

Such voices are harder to understand for these people than the high-pitched voices of a woman or a child.

A disease in the outer ear may cause conductive hearing loss.

One of the most common symptoms is too much earwax. Otitis externa is another cause.

Exostosis, which commonly occurs among divers or swimmers, can also be a cause.

It stems from the abnormal growth of the bone in the outer ear.

A damaged eardrum can also cause conductive hearing loss, too.

The pain can be accompanied by tinnitus.

They will mostly be gone in about 6 weeks but sometimes require an operation in severe cases.

Another cause is disease of the middle ear such as tympanitis or rhinitis. 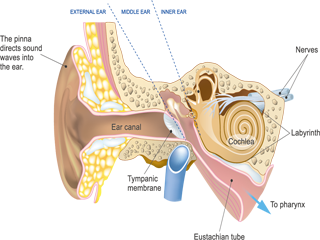 2. What is sensorineural hearing loss?

Sensorineural hearing loss is characterized by the difficulty of distinguishing loud voices from noise.

It is sometimes accompanied by tinnitus. Overall, those with sensorineural hearing loss cannot tell the pitch and loudness of sounds.

They also have a problem understanding high-frequency sounds such as ringtone of mobile phones or voice of a woman or a baby.

The causes of sensorineural hearing loss are divided into the following three.

First, What is presbycusis?

Literally, our ears perform poorer as we get older.  It is the most common case of hearing loss.

This is derived from the deterioration of nerve cells and sensory cells in charge of hearing.

It is a typical degenerative disease. The deterioration of the eardrum is one of the most common causes.

고The eardrum serves as the soundboard, but it will loosen if it gets stretched by being beaten for a long time, making the sounds feel dull to our brain and causing us to develop a hearing problem.
In the early stage of presbycusis, we have difficulty hearing high-frequency (pitched) sounds.

Over time, however, low-frequency sounds start to evade us.

Second, What is noise-induced hearing loss?

It happens when the ears are exposed to too much noise for an extended period.

The noise weakens the capability of the organ of Corti located below the cochlear canal, which detects sound waves in the ear.

It mostly occurs with high-frequency sounds (+4,000Hz). It happens to a lot of musicians and operators of heavy machinery or those working with metal. Nowadays, however, young people who use earphones and headphones a lot are prone to this disease.

Third, What is drug-induced hearing loss?

In short, it is a hearing loss from abuse of high antibiotics. NEOMYCIN, KANAMYCIN, GENTAMYCIN, and CISPLATIN are known to cause hearing loss when abused.

About 80% of all hearing loss patients suffer from sensorineural hearing loss, but the number is on the rise due to the excessive or incorrect use of earphones/headphones especially among young people.

3. What is mixed hearing loss?